The Best 30+ Halloween Movies to Watch This Year

The Best 30+ Halloween Movies to Watch This Year

Halloween is literally a few days away, and what better way to celebrate that than to share some of the best Halloween movies you should watch, or (re)watch, this year!

Now, whether you’re a fan of fear or can’t quite handle being spooked, I made sure this list will be suitable for either of your tastes — there’s a Halloween movie for each of you.

Without further ado, here we go: 33 movies to get you in the Halloween mood, regardless of the times we’re all living.

Now, I believe this movie needs no introduction … and might just be the single best Halloween movie of them all. Think what Home Alone is to Christmastime.

After three kids resurrect three witches they have until dawn to stop the evil witches from becoming immortal. Hocus Pocus stars Sarah Jessica Parker, Bette Midler, and Kathy Najimy as the three witch sisters in this classic fantasy-comedy film. The Sanderson sister’s return to Salem, Massachusetts will be thoroughly entertaining for everyone in the family.

“They’re creepy and they’re kooky / Mysterious and spooky / They’re altogether ooky” — this dark comedy stays true to the original television show as it follows the daily lives of the charmingly macabre Addams family. The dialogue is sharp, and the antics are downright fun, making for the perfect family-friendly double feature.

“Having trouble with the livin’?”

On Halloween night, 13-year-old Marnie Piper and her brother Dylan follow their estranged grandmother to Halloweentown where ghosts, ghouls, werewolves, and more live. Marnie discovers she’s a descendant of witches in her family and has to find out why the peaceful supernatural beings are disappearing.

In this John Carpenter feature, killer Michael Myers escapes from an asylum and returns to his hometown to stalk Jamie Lee Curtis’s character on Halloween night. It’s a franchise, so if you love it, you have plenty of movies in the series to binge, including the 2018 reboot. Plus, it’s Curtis’s film debut, starting her on her path to all-time-great Scream Queen.

Sweet, misunderstood Edward has scissors for hands. He moves in with a host family and falls in love with the daughter. Will their fantastical romance last amid all the judging eyes in a picturesque small town? I promise the stunning cinematography and angsty romance will have you in your feels.

A nervous groom gets more than he bargained for while practicing his vows, when he accidentally summons forth a corpse bride. Composer Danny Elfman outdoes himself with the score, so definitely add this one to your viewing queue andyour Spotify playlist.

Sally and Gillian Owen (played by Sandra Bullock and Nicole Kidman) are two sisters who are born into a magical family but they carry a curse. Men loved by Owens women are doomed to die an untimely death. The two of them must band together to fight this hex.

Your favorite sister duo, Tia and Tamera Mowry, play twin witches who must return to their birthplace to save it from impending darkness and meet their real mom, who happens to be the queen. Y’know, teen stuff. This movie isn’t the most sophisticated, but you’ll totally be into it. If nothing else, it’ll leave you wanting to binge watch Sister, Sister. Good thing it’s on Netflix now!

The Nightmare Before Christmas (1993)

This stop-motion gem will make you wish it were Halloween and Christmas all at once. Jack Skellington, the Pumpkin King, discovers Christmas Town and decides he wants to be in charge of a new holiday for once. Hilarity and frights ensue.

This supernatural comedy film revolves around a team of scientists (Harold Ramis, Dan Aykroyd, Bill Murray) after they lose their cushy positions at a university in New York City, and decide to become “ghostbusters.” When they stumble upon a gateway to another dimension, the Ghostbusters must save New York from complete destruction.

This Tim Burton drama is based on “The Legend of Sleepy Hollow,” by Washington Irving. Johnny Depp’s Ichabod Crane is a police constable brought in to save the town from the murderous headless horseman. If you’re looking for a dark, highly stylized period drama with a touch of romance, this is the one for you.

Parasite was 2019’s most talked-about film and it also enlightened many film watchers across the world with the artistic storytelling ability of the Korean cinema.

In Parasite, the impoverished Kim family starts working for the wealthy Park family, but in her new and lavish workplace, there are things going on that no-one could predict. If you haven’t snagged at the opportunity of watching this thriller yet, this Halloween might just be the perfect time for it. The final scenes will stay with you for days, I promise you.

Casper is a friendly young ghost. When paranormal specialist James Harvey arrives to communicate with Casper, he brings along his teenage daughter, Kat (Christina Ricci). Casper falls in love with Kat, but they have to deal with a greedy woman who inherits the mansion Casper haunts and his mischievous ghost uncles and their antics.

For a children’s movie, this one is seriously unsettling. Even the opening credits are enough to give you chills. Coraline is unhappy about moving to a new town with her family until she discovers a secret door in the house that leads to a magical world. But, of course, everything is not as it seems.

Every 27 years, Pennywise the clown returns to Derry, Maine, to torment the poor kids who live there. The 1990 miniseries starring Tim Curry is child’s play and a fun trip down ’80s memory lane compared with the truly terrifying version from 2017 starring Bill Skarsgård as the clown that forever haunts our nightmares.

The first of the American horror franchise, Friday the 13th is about a brutal killer set out to the counselors in a summer camp.

Murderer Charles Lee Ray uses black magic to put his soul inside a doll named Chucky — which Karen Barclay then buys for her young son. When Chucky kills Andy’s baby sitter, the boy realizes the doll is alive and mayhem ensues.

Scream is a suburban slasher film: a masked murderer stalks a group of high schoolers. It manages to parody the movie clichés while still being mysterious and keeping you on edge.

Husband-and-wife duo Emily Blunt and John Krasinski crank up the excruciating suspense as parents hiding from monsters in a post-apocalyptic world. It’s a treat watching the real-life Hollywood couple on the silver screen.

Why is it that movies set in New England always feel autumnal? In this Robin Williams vehicle, Jumanji is one board game you definitely don’t want to play, but the film is touching, exciting, and thrilling.

We liked this movie when it came out, and we still like it today, now that the adult jokes don’t go over our heads. Grab the popcorn and the Scooby Snacks and enjoy this humorous, family-friendly romp with Mystery, Inc., as the squad busts bad guys.

This film is based on the spooky children’s novels by R.L. Stine. It won’t chill your spine, but it’s a chance to revisit some of the ghosts and ghoulies that gave you nightmares as a child.

A young photographer (Daniel Kaluuya) uncovers a dark secret when he meets his girlfriend’s (Allison Williams) seemingly friendly parents for the first time. What begins as social discomfort about their interracial relationship quickly turns into racial alienation, ultimately exposing the family’s true motive. No spoilers, but then again, you’ve probably already seen it.

This dark film’s commentary, poignant twists, and precisely placed scares will have you thinking about it for weeks after.

This Ari Aster–directed horror film proves just how terrifying daylight can be. After a horrific family tragedy, a woman (Florence Pugh) travels to Sweden with her boyfriend to visit friends and attend a folksy midsummer festival. The celebrations are not what they seem, however, and the festival shows its deadly side.

This slasher film introduced the world to Freddy Krueger, a chainsaw-wielding madman who stalks teenagers in their dreams and kills them in their wake. We love the 2010 reboot as much as the 1984 original.

The Craft is about a group of ’90s teenage witches who spend their time wearing knee-high socks and chokers, performing love spells, and being generally flawless. Until their magic takes control of them and they start accidentally-on-purpose murdering people, that is.

This flick is a cult classic, but keep in mind that side effects of watching include an urge to wear black lipstick, break out your vintage butterfly clips, and play the Ouija board.

This isn’t just funny, it’s animated so the fear factor here is non-existent. It’s basically a story about Count Dracula being in charge of a Hilton for a bunch of monster guests, but then a human comes along and the drama gets poppin’.

Lead actor Nicole Kidman won an Academy Award for her role in this 2000s horror film. She portrays the role of a mother whose New Jersey home is haunted by paranormal activities directly after World War II. Without giving any spoilers here, it is best to mention that the film’s ending has an incredible twist.

Ma, is without a doubt one of the most underrated films of 2019, The Octavia Spencer starrer, revolves around a group of teens who think that they’ve hit the jackpot when a lonely, middle-aged woman supplies them with alcohol and lets them a party in her basement.

However, “Ma” has a closer connection to the group than she’s letting them on to believe. This thriller will leave you spooked without a doubt.

Only a few people might have missed out on watching this iconic horror film. The Amityville Horror recounts a real-life family’s experience. The Lutz family moves into a house shortly after a gruesome murder, and begin experiencing some spine chilling paranormal activities.

The film is based on the horrific actions of the real-life mass murderer Ronald DeFeo Jr. who killed six members of his family at 112 Ocean Avenue, Amityville, New York. This case inspired  The Amityville Horror book series and the movies.

Mary-Kate and Ashley Olsen team up in this Halloween flick that is perfect for youths. This made-for-TV movie is charming and bursting with wonderment that will make you wish you could go trick-or-treating. 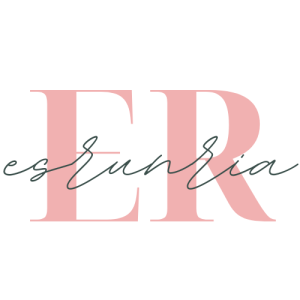 THE BEST CHRISTMAS DECORATIONS FOR OUTDOORS YOUR FAMILY WILL LOVE

If you are looking for beautiful Christmas outdoor decorations that will wow your family and friends then I’m absolutely certain that you’ll love this post!